The AGM is a great opportunity for members to give feedback on the future direction of the AIP. It will be held at The University of Melbourne on February 11th and 12th 2019. Everyone is welcome to attend and particle physicist Elisabetta Barberio will give a public lecture about the Higgs boson and the search for physics beyond the standard model.

Congratulations to the remarkable Tanya Monro on her new appointment as Chief Scientist at the Defence Science and Technology Group. It’s 20 years since Tanya won the Bragg Gold Medal for the best physics PhD thesis. We wish you all the best in the new role.

We had a fantastic conclusion to 2018 with 789 attendees at our Congress in Perth, including a dozen excellent plenary speakers from around the world. Read more below about the plenary talks about gravitational wave detection, metamaterials that can act as invisibility cloaks, and holographic optical tweezers. Our next Congress will be in 2020 in Adelaide—thank you to Andre Luiten and his team for hosting. 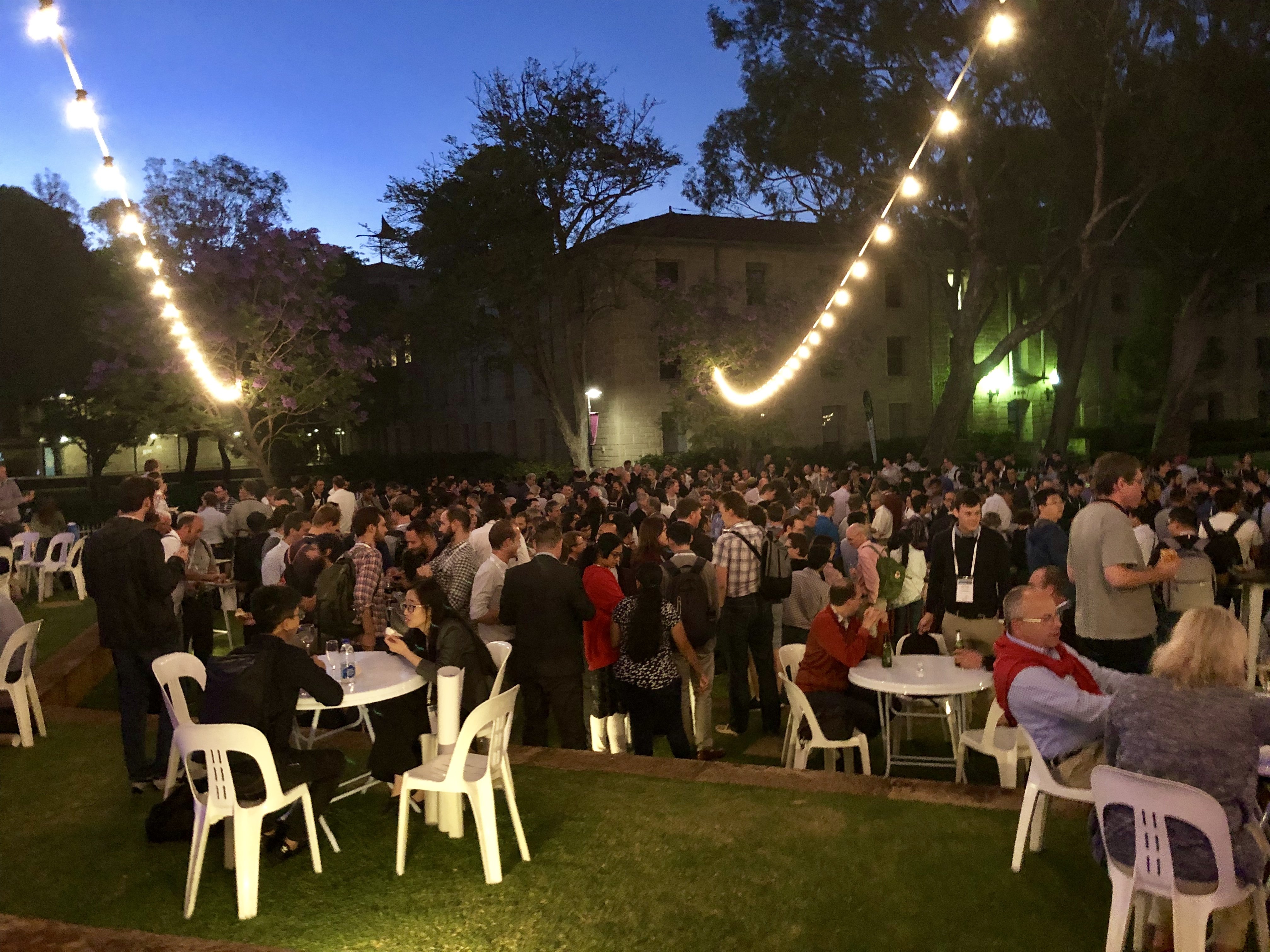 Congratulations to the six 2018 AIP medallists: including particle physicist Elisabetta Barberio, optical and quantum physicist Jacqui Romero, Michael Johnston for his significant contributions to applied science, Andre Luiten for his leadership in commercialising breakthrough research to support industry needs, Yevgeny Stadnik for their thesis on dark matter and fundamental constants, and Maria Parappilly for significant contributions to physics education in Australia. More on those awards below and a story about how Maria is making physics more accessible to students.

There’s another chance to have your say on the future of physics following the meeting about the Physics Decadal Plan at the 2018 AIP Congress. The National Committee for Physics will be meeting in Canberra in the coming weeks to conduct the mid-term plan review, so please have your say in the survey online.

RMIT’s Min Gu has been recognised by the International Society of Optics and Photonics for his work designing the world’s thinnest hologram. More below.

We’re also helping circulate the Association of Asia Pacific Physical Societies’ bulletin to raise their profile. You can subscribe to their bi-monthly bulletin online, which aims to promote the research developments and activities in the field of physics in the Asia Pacific region.

This is my last bulletin as President of the AIP. Next month you will be hearing from Jodie Bradby, who will be taking over the reins.
It has been a busy and enjoyable two years where I think we have continued the good work of previous committees in communicating the vital importance of physics for all Australians. My profound thanks and respect goes to my fellow executive committee members, to our branch and other committees around the country, and to you—our active and innovative physics community!

CORRECTION: An earlier version of this introduction stated that it was 11 years ago since Tanya Monro won the Bragg Gold Medal. This online newsletter has been corrected to say 20 years ago.